By the mid-1930’s the Ringness House was being used as a barn. When Eddie and Ada Ringness died, the farm passed out of the Ringness family, and in the late 1970s, Don and Alice Brandenberger purchased the property. Over time, the roof blew off and the floors and timbers fell. In 1997, the Rev. John Homerstad, a descendant of the Ringness family, began an effort to re-roof the house. With the permission of the Brandenberger family, a campaign led by John Homerstad, Owen Ringness, Wayne Rohne, and Lauris Huse, was begun in order to preserve the house from further ruin.

After many negotiations, Don and Alice agreed that, if the Ringness House were to be moved to a spot next to Highway 219 near the historic marker — within five years of the agreement — they would provide the Norwegian Society of Texas a perpetual easement. This agreement was signed in December 2000 and registered at the Bosque County Courthouse in Meridian in May 2001. Years of exploration ensued, with architects, the Texas Historical Commission, the National Trust for Historic Preservation, and others working to decide how the project should take shape. At the same time, the Ringness House Restoration Project fund-raising campaign was begun with a variety of activities, advertisements, and news articles.

These photographs show the progress of restoration for the period 2003 through 2012. 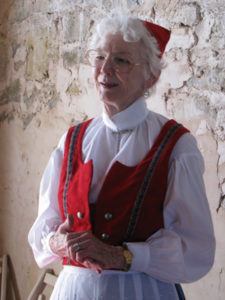 Welcome to the Ringness House Museum!

The congregation of Our Savior's Lutheran Church in Norse erected this monument in 1931. 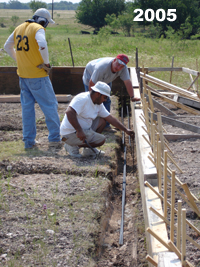 The foundation was laid on the new site using the same compass points as in the original location. 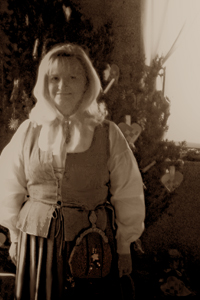 Special events are even even more special in such a historic setting.

Your donations keep the Ringness House Museum open. Thank you! 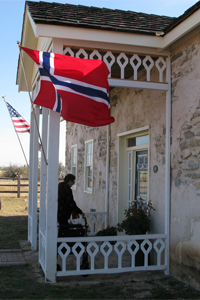 Ringness House Museum donors can feel proud of their contribution to this historical preservation.
-------- * ----------
An asterisk (*) next to a name listed here indicates that gifts were made in memory of that person. 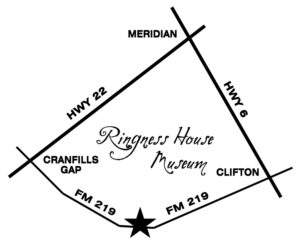